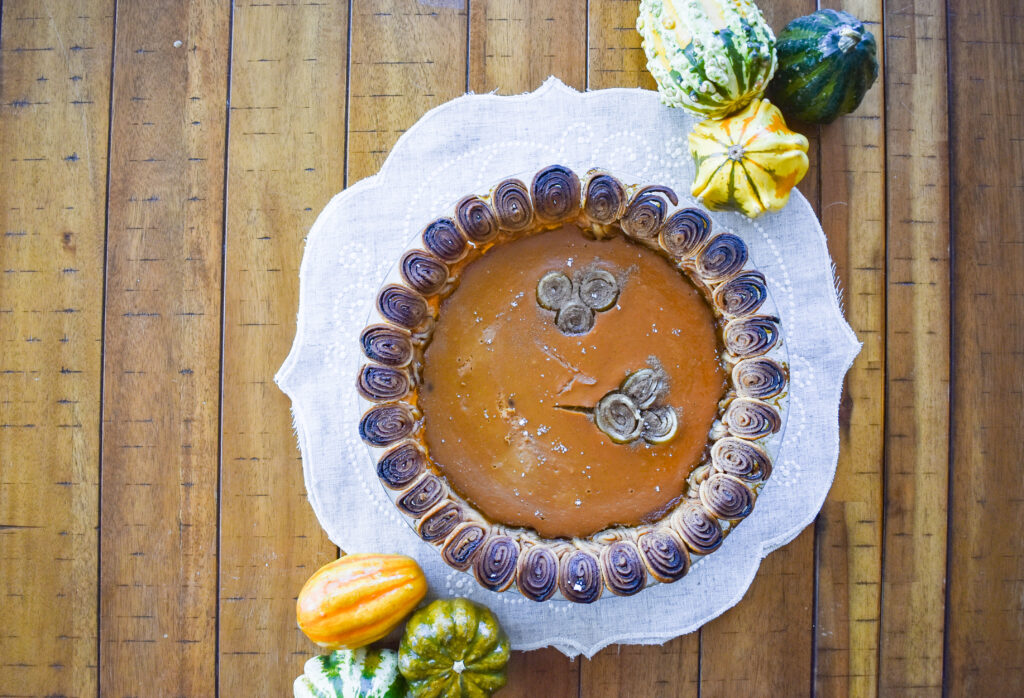 Pumpkin pie is classic. But we believe classics can get even more beautiful and delicious. This is the case with this Cinnamon Roll Pumpkin Latte Pie, whose crust gets an upgrade of swirled, cinnamon flecked loveliness. A bit of coffee and all spice adds dimension to the filling. Bonus: the wow-factor comes without too much pain—this pretty pie is deceptively easy to make. You don’t have to tell your guests that, though. 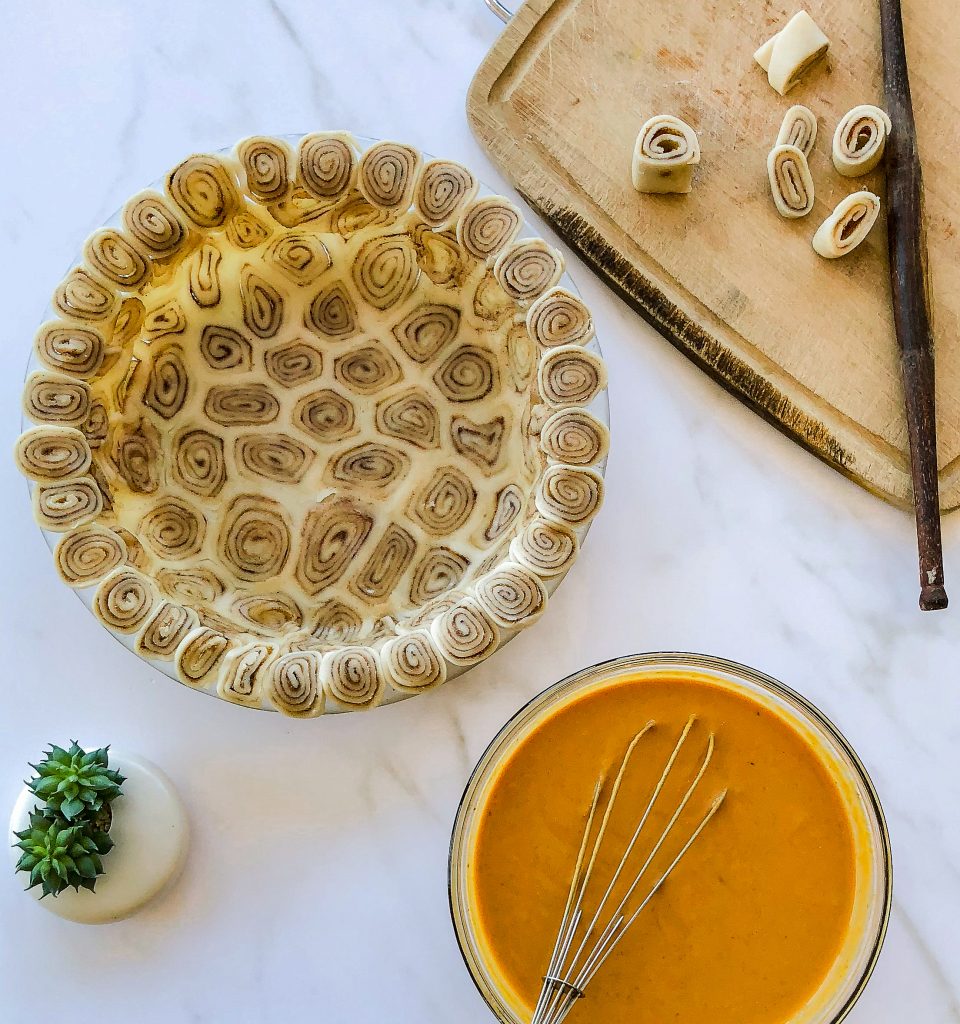 Preheat oven to 375° F. Unroll pie crust on a lightly floured surface. Brush with butter and sprinkle evenly with cinnamon, nutmeg & brown sugar. Roll up very tightly and freeze for half an hour. Then slice into 1/4-inch rounds, like miniature cinnamon rolls. Press miniature cinnamon rolls, flat side down, evenly into the bottom and sides of a 9-inch glass pie plate, making sure there are no spaces between the rolls. Bake pie crust for 15 minutes and let cool.

Whisk together sugar, all spice, coffee and eggs in large bowl. Stir in pumpkin puree. Gradually stir in evaporated milk. Pour into prepared pie shell. Bake in preheated 425° F oven for 15 minutes. Reduce temperature to 350° F; bake for 40 to 50 minutes or until knife inserted near center comes out clean. Sprinkle a pinch of maldon salt. Cool on wire rack for 2 hours. Serve immediately or refrigerate. 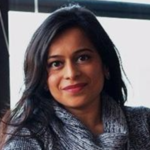 Chef Garima, an investment-banker turned baker-chef is the founder & CEO of breakingbread.co , an events & catering company. She is an alumni of Le Cordon Bleu, Paris & has been featured as Top 15 in reality television show- MasterChef. Chef Garima is a culinary innovator who speaks in various institutions, globally about smart & efficient ways to use food as an eradicator of health issues, poverty & induce employment.