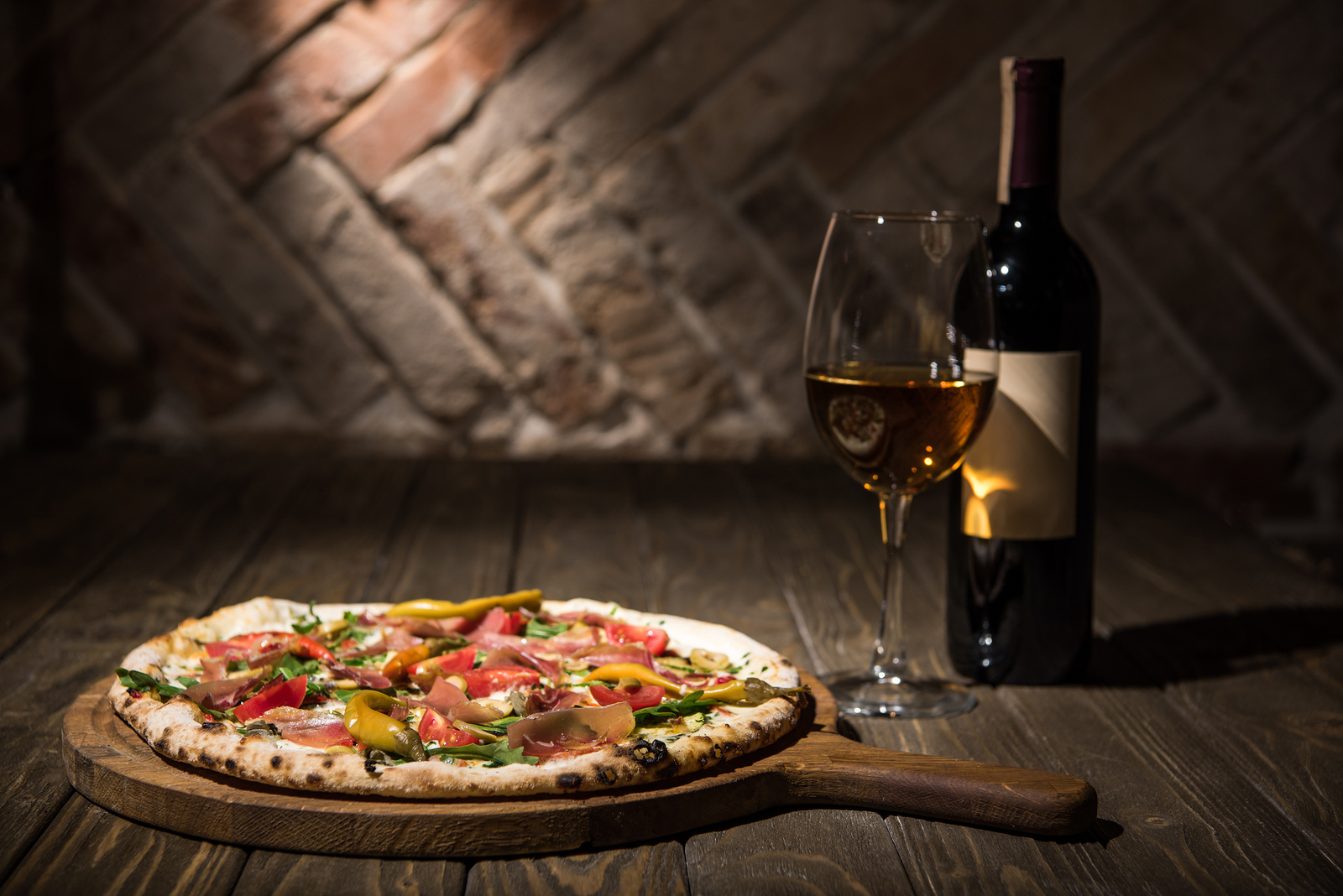 Many years ago, when I was living in Los Angeles, I faced a constant dilemma: where to find the best pizza? Specifically, New York style pizza. There were plenty of chain-type options, such as Domino’s, Pizza Hut, and the like. But there were very few authentic, old-school pizzeria type choices, with the exception of the former Damiano’s, or “Dami’s,” as my buddies and I liked to call it. Located on Fairfax Ave, it was far and away the closest thing that even remotely resembled a slice of NYC by way of Italy, however far west of Broadway it might have been.

And back then, way before I knew much about wine, or food pairings, I usually raised a glass of either the house red, or the house white (depending on whichever wine had the highest alcohol percentage) to wash down this mozzarella and tomato sauce goodness. But, my, my, mama mia my, oh how the times have changed. Which brings me to the topic of this latest installment of Notes from the Concrete Terroir…pizza wines!

Oh, you say, won’t just about any wine do when indulging in eating what many of us consider to be our favorite excuse for skipping on, well, skipping on carbs? The answer is no. In fact, nothing could be further from the truth. There are many variables to consider, such as thin or thick crust, meat or vegetable, what kind of cheese, heavy sauce or light, perhaps no sauce at all. Well, you get the picture.

Here are five fantastic bottles that I think will go perfectly with pizza. They’ll be great both with that slice you grab on the go and the full pie you slowly sit down and ignore your guilt for deliciously devouring. 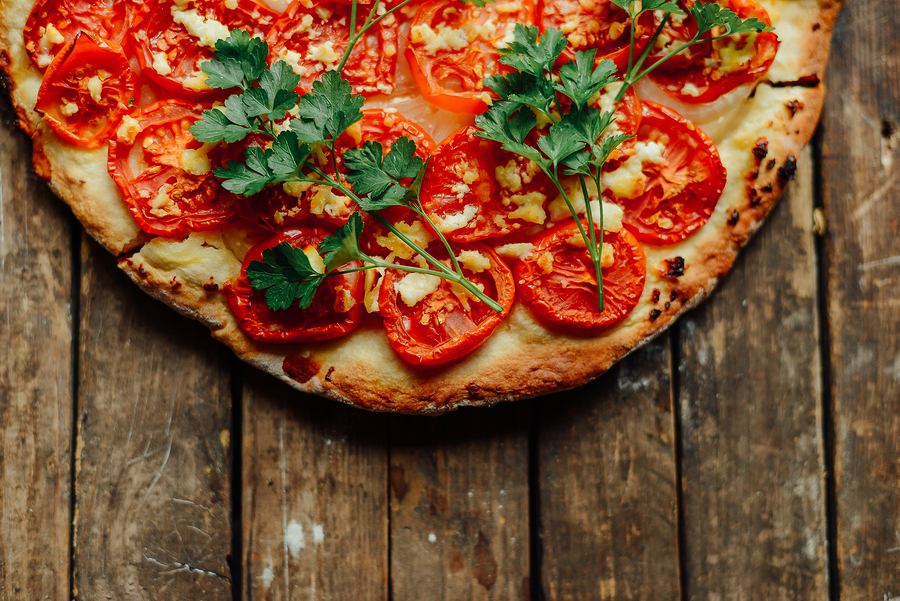 What first comes to mind is Chianti. Call me a traditionalist, but when I’m thinking pizza, I’m also thinking Chianti, the wine born from Central Tuscany. It’s the wine most generally associated with the straw basket that it once seemingly always used to be served in, though nowadays, for the most part that presentation has changed to the regular bare glass bottle. Comprised mostly of the Italian workhorse Sangiovese grape, it oftentimes can be blended with Cabernet Sauvignon, Canaiolo, Colorino, Merlot, Syrah, as well as several others. Typically, dry and full of dark fruit notes, Chianti is known for its savory flavors combined with high acidity and coarse tannins which makes it a perfect fit to cut through rich, fatty dishes and sauces such as, yup, pizza.

Another fantastic wine to match bite for sip, not coincidentally I might add, that also happens to be from the Pizza Motherland, is Barbera d’Alba. It’s the reigning king grape from the Piedmont region of Italy. A slice of pizza coupled with a nice glass of Barbera, and you are way ahead of the game in the delicious department. And your meal is only going to get better. Pizza and Barbera is pretty much the red on red equivalent to its white counterpart of, say, oysters and Muscadet. Tangy and dry, with almost cherry-like flavors, you will not know whether to reach across the table for another slice, or to refill your glass. But hey, why not do both! 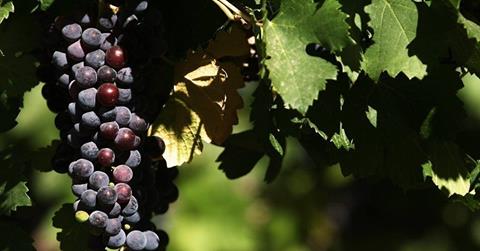 Switching over to the New World for a second, whenever I’m eating my favorite round food cut into triangles (or squares), I also love to  pair it with a strong, full-bodied Cabernet Sauvignon. Think of the savory meeting the savory. Or rather, Sonoma meets Italia. Rather than canceling each other out, the big, bold, and sometimes even downright smoky flavors of a NoCal Cab better enrich the experience of getting lost in mozzarella, dough, and tomato sauce.

With my next suggested choice, I’m going to dip into South America. Because, similar to the above mentioned Northern California Cabernet, just because it’s pizza, doesn’t necessarily mean you have to be drinking Italian while you eat. Take for instance, Argentina. No, not really known for pizza. It is, however, known for Malbec. And a solid Mendoza Malbec pretty much goes with anything, with pizza being no different. Possessing just the right amount of spice, having a Malbec on the table to accompany your thin crusted, and/or deep dish Sicilian style indulgence, you will smile to yourself with every sumptuous bite. 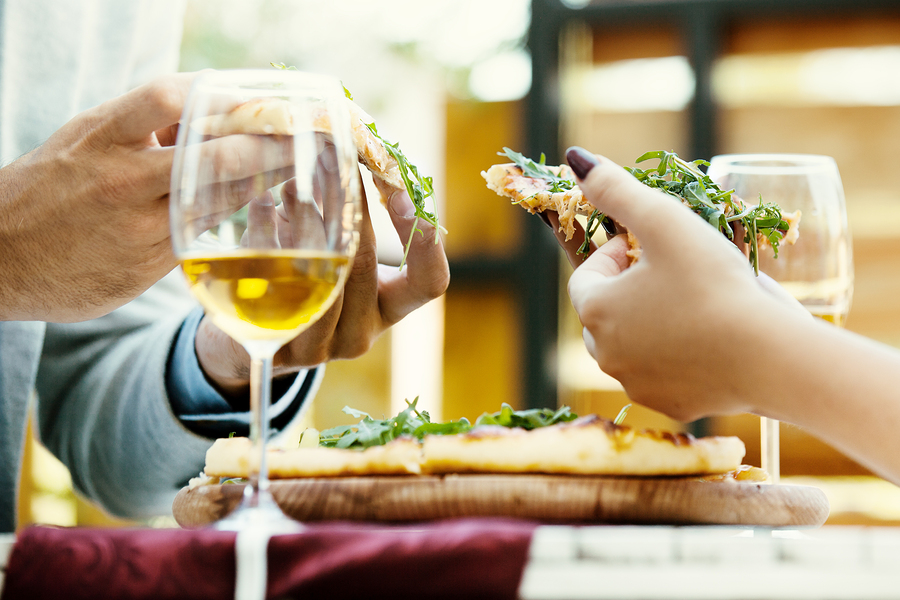 Lastly, let’s not forget whites. Because just as there can be white pizza, white wine can also pair incredibly well with this dish. Take for instance, Verdicchio. Taking it back to Italy, specifically, the Marche area, which is a prominent producer of amazing Verdicchios. Here we have a wine that is golden apple in color, light, dry, crisp. It also happens to be the perfect wine when you are eating something heavy like pizza and don’t want to get too filled up. The great thing about drinking this particular varietal is you never feel too weighed down. So hell, why not have another piece? And while you’re at it, why not have another bottle?!

There you have it. Five wines that pair perfectly with our favorite Italian import. Well, maybe next to Sangiovese, that is. 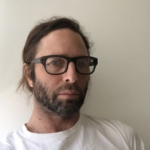 Peter “Blue” Zusman is an artist and wine & spirits enthusiast living in Manhattan’s Lower East Side. He places equal importance on both a finely-aged single malt and a medium bodied, earthy red. Summer is always about Provence. He was formerly a contributing wine writer at grapecollective.com.

A Life in Cheese
Crostini with Anchovies and Butter