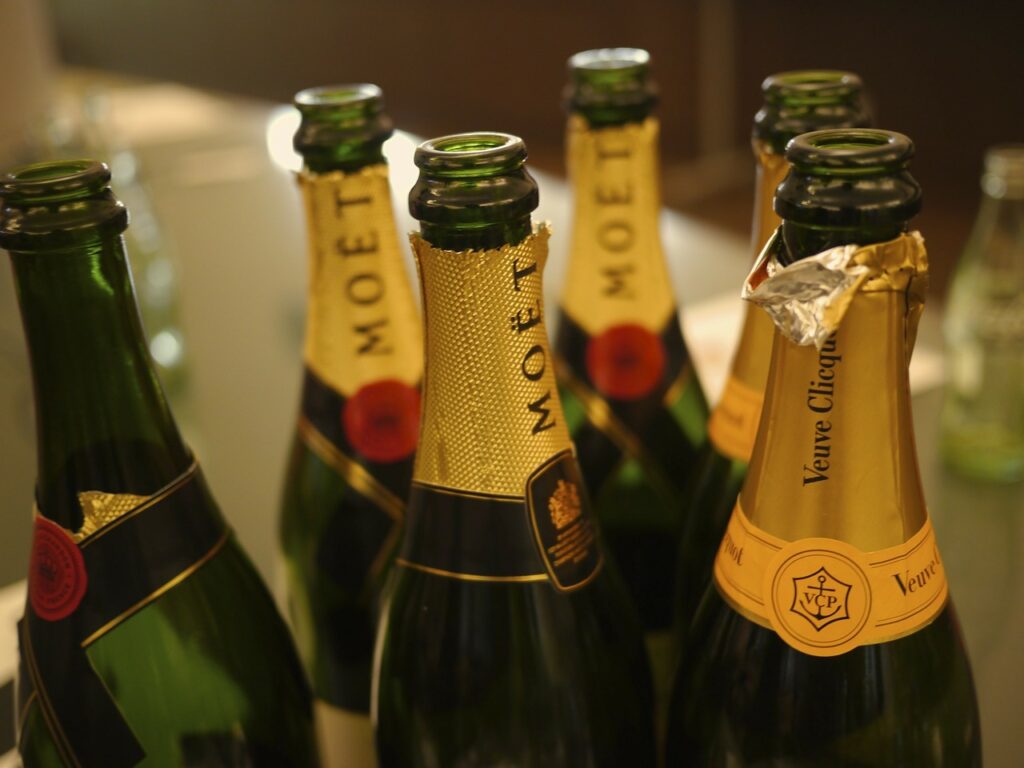 The Benedictine monk, Dom Pérignon may have seen stars when he uncorked the first bottle of bubbly in France…before it officially became Champagne. But it’s women who gave Champagne its star quality.

The original First Ladies of Champagne in the late nineteenth and early twentieth centuries came into their roles unexpectedly. Their husbands died. They each rose to the occasion and showed a flair for building a brand long before “women in business” was a buzzword.

You may have heard of Madame Veuve Clicquot. “Veuve” means “widow” in French. When her husband, François Clicquot, died unexpectedly in 1805, Barbe-Nicole Ponsardin, at age 27, assumed control of Clicquot et Fils. Though lacking experience in the wine trade, Madame Clicquot had an innate nose for the Champagne business. She is credited with developing the Champagne market outside France and for inventing the riddling process which removes dead yeast from the bottle after secondary fermentation.

Louise Pommery, Champagne Pommery, also found herself in charge after her husband died suddenly in 1858. Another tireless promoter of her brand both in France and abroad, Madame Pommery is also credited with removing the added sugar which fortified many wines of that era, thus creating the brut method of Champagne.

Cellarmaster Eugène Laurent was bequeathed his Champagne house by former owner, Alphonse Pierlot, who had no heirs. Following his accidental death in 1887, Eugène’s widow, Mathilde Emilie Perrier, took over the business and renamed it “Veuve Laurent-Perrier.” She ruled with grit and an iron fist through the Great War. Champagne Laurent-Perrier changed hands in 1939 but remained in the hands of a woman. Eugénie-Hortense Laurent, who succeeded her mother in 1925, sold the estate to Marie-Louise de Nonancourt in 1939. Today Marie-Louise’s granddaughters, Alexandra Pereyre de Nonancourt and Stéphanie Meneux de Nonancourt, are in charge.

After her husband, Jacques, died suddenly in 1941, Madame Elisabeth “Lily” Bollinger oversaw the family’s Champagne Bollinger for over 30 years. She was known for bucking Champagne’s stringent blending rules and following her own style. And she is remembered for a very famous quote that you can read at the end of this article.

Today, women still rule at many family-run Champagne houses as a new generation begins to assume positions of leadership.

Carol Duval-Leroy assumed command of her family’s Champagne Duval-Leroy, est. 1869, after the premature death of her husband, Jean Charles Duval, in 1991. She now runs Duval-Leroy with her three sons, Louis, Charles, and Julien. In 2007, Carol was the first woman ever to be nominated chairman of the Association Viticole Champenoise (AVC), the champagne region ‘s winemakers association. 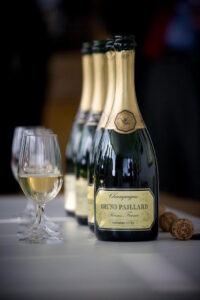 Alice Paillard, the youngest of Bruno Paillard’s four daughters, now works side by side with her father at Champagne Bruno Paillard. Alice’s ancestors have been growers in Champagne since 1704. In 1981, Bruno Paillard, in this tradition-bound region, broke the mold and famously went on to found his own Champagne house, not just to grow grapes but to make the wine.

Vitalie Taittinger and her brother Clovis work with their father, Pierre-Emmanuel, who is the grandson of the estate’s founder, to oversee production and global marketing of Champagne Taittinger.

In 1993, at age 28, Anne Malassagne took over her family’s Champagne AR Lenoble, est. 1920, which she now runs with her younger brother, Antoine.

The Drappier family dates back to the 1600s in Reims. As Creative Director and North American Sales Manager for her family’s Champagne Drappier, Charline Drappier, is poised to take over the family business with brothers Hugo and Antoine.

Rita Jammet may not have grown up in a Champagne estate but the Jammet family comes from hospitality royalty. Le Bœuf à la Mode, established by André Jammet’s ancestors in 1792, was one of the few restaurants in France that blended proprietary wines. André’s family also owned the renowned Hotel Bristol in Paris. Rita and André launched La Caravelle Champagne, named after the legendary La Caravelle restaurant in Manhattan which they owned for many years.

“I drink Champagne when I’m happy and when I’m sad. Sometimes I drink it when I’m alone. When I have company I consider it obligatory. I trifle with it if I’m not hungry and drink it when I am. Otherwise, I never touch it — unless I’m thirsty.” – Lily Bollinger