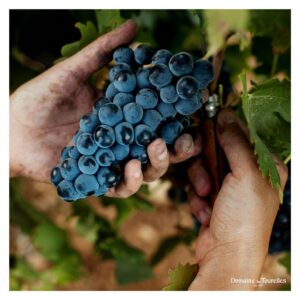 With its history dating back to 7000 BC, Lebanon is one of the world’s oldest winemaking regions. In biblical times, the wine connection with Lebanon was nothing short of a miracle. In fact, the Gospel of John story about Jesus changing water into wine supposedly happened in Cana, located in southern Lebanon. Modern winemaking in Lebanon dates to 1857 when French Jesuit missionaries from Algeria planted grapes in the Bekaa Valley and introduced new viticultural methods. Civil war from 1975 to 1991 curtailed the wine industry, but Lebanon achieved peace in 1992 and since then, its economy has flourished. 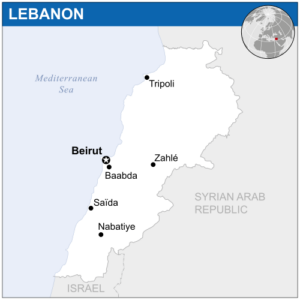 Looked along the Mediterranean Sea and north of Israel, Lebanon is about the size of Connecticut. The fertile central and eastern Bekaa Valley, where 80 percent of Lebanese wines are produced, is a high plateau 3,000 feet above sea level. The northern Batroun region is hilly with limestone ridges ranging between 1,000 to 3,000 feet. To the west and south of Batroun in Mount Lebanon and Jezzine, altitudes can rise to 6,000 feet with some mountain peaks permanently capped in snow.

“Most Lebanese wines come from the high altitude vineyards of the Bekaa Valley where hot dry days and brisk cool nights enable the grapes to develop thick skins and ripe flavors while hanging on to their refreshing acidity. These are not ‘shy wines.’ Rather, they are wines of structure, depth, and weight,” notes Wine Educator May Matta Aliah of In the Grape, who was born and raised in Beirut.

International varietals dominate; Cabernet Sauvignon is the most widely planted grape. Other reds include Syrah, Cinsault, Merlot, Carignan, Grenache, Mourvedre, and Tempranillo. Whites also include international varietals like Sauvignon Blanc, Viognier, Chardonnay, Muscat, Sémillon. There are some interesting indigenous white varietals, usually but not always used for blending. Merweh, which is closely related to Sémillon, and Obaideh (or Obeidi) which is used to make Arak, a Lebanese eau de vie made with distilled wine and anise.

Where to begin tasting?
For a starter white, May suggests Domaine des Tourelles Bekaa White. “This is Lebanon’s oldest commercial winery but with a young and dynamic team in charge today. Organically grown grapes are handpicked in the cooler evening temps and brought to the winery where the fermentation is completely natural. The wine is a blend of Viognier, Chardonnay, Muscat and Obeideh, one of Lebanon’s only native white grapes. This is a wonderfully aromatic white, but with enough weight and richness to carry a wide range of foods.” (suggested retail: $15.00)

For red, May recommends starting with Chateau Musar Jeune Red, a winery that put Lebanese wines on the map. “This unoaked wine is a blend of old-vine Cinsault with lesser amounts of Syrah, and Cabernet Sauvignon from organically farmed vineyards. Typical of the red wines of the Bekaa, this wine boasts a deep color with a compelling nose of ripe black fruit, hints of dry Mediterranean mountain herbs and licorice. Rich and dense on this palate with ripe tannins, this wine pairs well with a wider range of food but can also easily be enjoyed on its own.” (suggested retail: $16.00)

Batroun region
IXSIR: The name is Arabic for “elixir.” Vineyards at 5,900 feet are the highest in the Northern Hemisphere. The winery has also won architecture and design awards. (Misa Imports)

Bekaa Valley
Chateau Ksara: Established in 1857 and founded by a Jesuit priest, this is Lebanon’s oldest winery. (Opici)
Chateau Musar: One of the most well-known Lebanese wines, the winery is based in Mt. Lebanon but most of the vineyards are in the Bekaa Valley. (Broadbent Selections)
Domaine des Tourelles: Lebanon’s oldest commercial winery. Proprietor Faouzi Issa is a young hotshot in the country. (VOS Selections)

Map: ReliefWeb/UN Office for the Coordination of Humanitarian Affairs