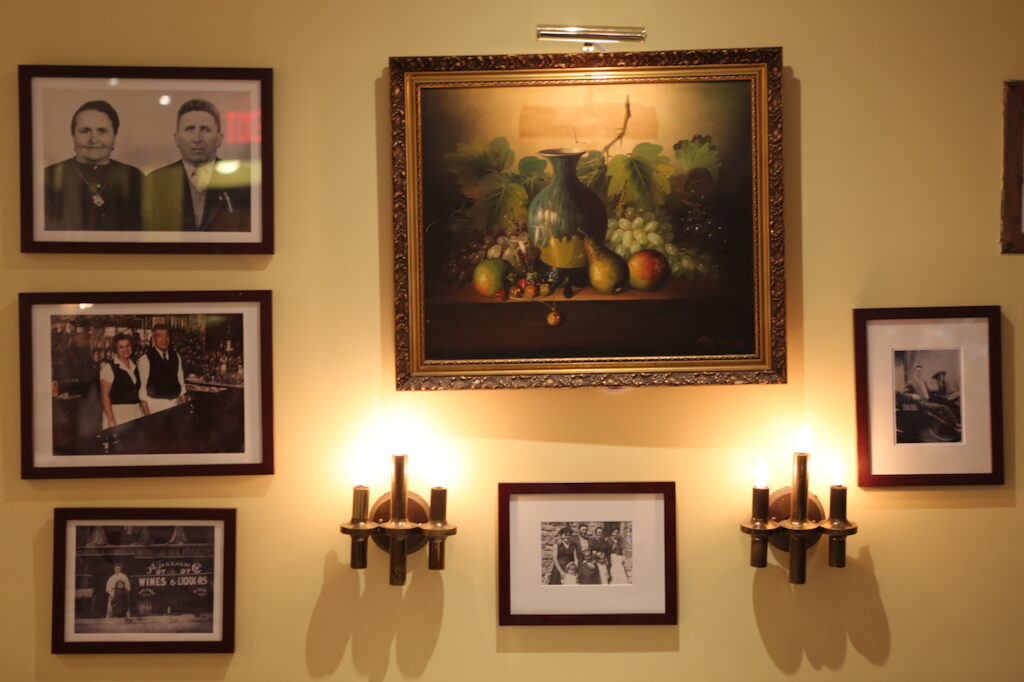 After spending the afternoon with Chef Pietro Mosconi in his Greenwich Village restaurant Monte’s Trattoria, it is obvious that he is a family man. During our visit, we met his daughter Joanne, son Pietro, and grandson Pietro. Tradition is king. They bantered and beamed with pride to be affiliated with Chef Mosconi’s institution. They also gobbled down heaps of made-to-order salmon and carbonara. By the end of the day, we all gathered around Chef Mosconi’s favorite table to hear about his life.

Chef Mosconi grew up on a small family farm in Piacenza, Italy. His father was a hard-working man who never wasted a morsel. Here, Chef Mosconi learned how to take “some this, and some of that” (translation, whatever is in his kitchen) to create a masterpiece. Nothing wasted. 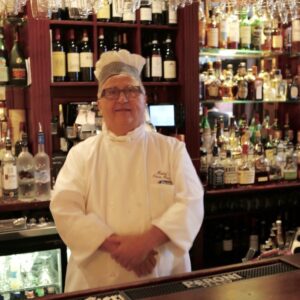 His proudest accomplishment was when he and his father received a medal of success from their home town of Piacenza. Chef Mosconi and his dad came to this country with nothing. After four years of hard work, they purchased a home, mortgage-free. Piacenza recognized their dedication and achievements with this medal.

After hearing about Chef Mosconi’s proudest moment, he revealed his favorite kitchen tool. “That’s easy,” he said. And told us an animated story about how he carved a spatula from a juniper tree in the backyard of his home farm. He dried this spatula for one-and-a-half years. This spatula, which emits the perfect juniper aroma when making polenta, is Chef Mosconi’s favorite kitchen tool.

When Chef Mosconi is off the clock, he enjoys: 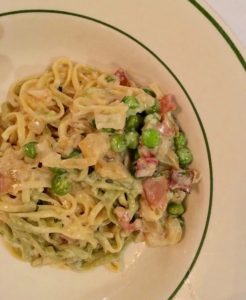 As a part of our Monte’s Trattoria coverage, Chef Mosconi showed us how to make one of his signature dishes Paglia e Fieno. Italian for “straw and hay,” Paglia e Fieno is named after its yellow (egg) and green (spinach) pasta.

Chef Mosconi begins with fresh thin ribbon-shaped pasta called taglierini, and tops it with cream sauce, prosciutto, and globs of butter. In typical Pietro Mosconi fashion, his demonstration of this pasta is larger than life (recipe here). After tasting Chef Mosconi’s comforting Paglia e Fieno, and watching him with his family, I’ve become a forever fan.